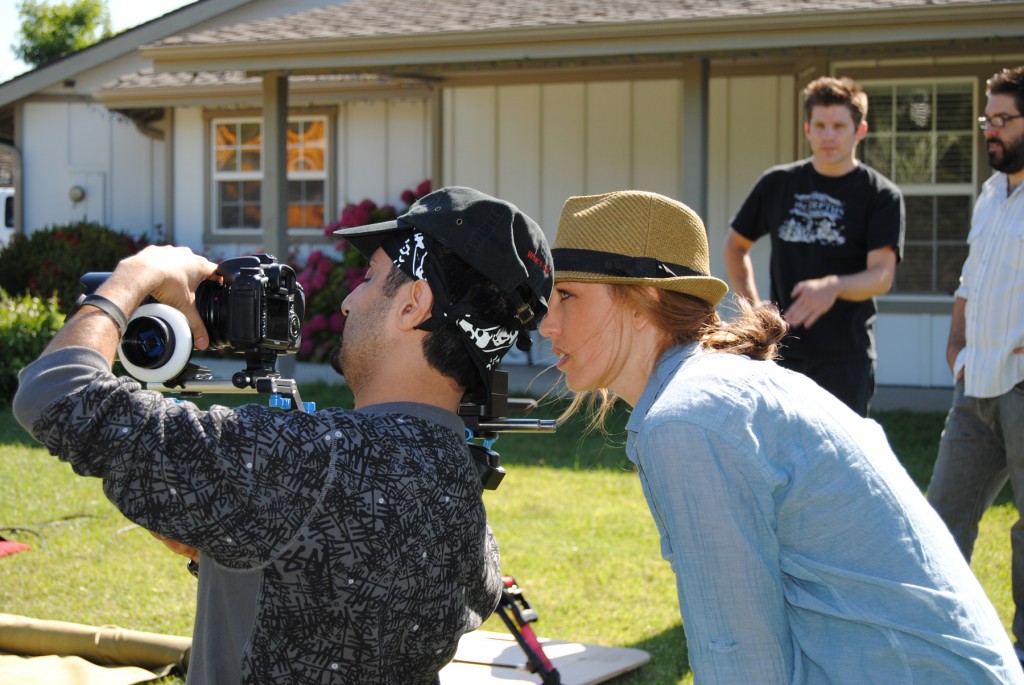 Price on the set of THE MONSTROSITY with D.P. Samrod Shenassa

PEARL Winner of the Los Angeles Magazine “Get L.A.” film competition Alyssa wrote, directed and edited this short film that tells about the day in the life of an actress as told from the perspective of her car.

THE MONSTROSITY Alyssa wrote and directed this film that follows in the tradition of “The Wonder Years,” but this time from a female perspective. It follows Milly, a brand new sixth grader at George Adam’s Middle school who wants nothing more than to fit in with the cool kids, but with the arrival of her first HUGE zit, she finds “being cool” a lot harder than she expected. THE MONSTROSITY premiered at the Santa Barbara International Film Festival and won best film in it’s category at the San Luis Obispo International Film Festival. To learn more about the project visit click on TheMonstorsityMovie.com.

OPHELIA premiered at the Wisconsin Union Theatre for the centennial celebration of the dance program at the University of Wisconsin.  Conceptualized and directed by Alyssa for dancer and choreographer Alison Rootberg, this dance film explores the themes of love, loss, and death.